Paul Butler is a legal scholar and commentator based in Washington D.C. He is a regular contributor to MSNBC and NPR, has been featured on 60 Minutes, and profiled in the Washington Post. He is the author of Let’s Get Free: A Hip-Hop Theory of Justice, winner of the Harry Chapin Media Award, and Chokehold: Policing Black Men (both from The New Press). He has published numerous op-eds and book reviews, including in the New York Times, the Washington Post, the Boston Globe, and the Los Angeles Times.

Paul Butler on the Podcast to talk AG Barr, Texas Cops and Criminal and…

A Conversation with Paul Butler about Progressive Prosecutors

Paul Butler Interview: Crime and Injustice in a Time of Pandemic

Will the Chokehold Be Unlocked?: A Conversation with Paul Butler

Trump, Jussie Smollett and “Embarrassment to our Nation”

Paul Butler: The Real Target of The Jussie Smollett Charges Is A Progressive Prosecutor 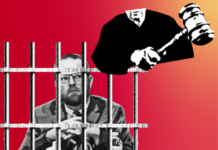